“This is Us” Honors Marriage and Respects Fatherhood

“I just want more time with them—I want to freeze time with them so that I can get a little bit more.” That is how super-father-to-be Jack (played by Milo Ventimiglia) of NBC’s new hit show, This is Us, responds to a group of dads who try to convince him to take up golf to escape his wife, who is pregnant with triplets. 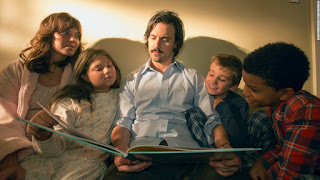 Like Jack, who can’t seem to get enough of his growing family, millions of fans (myself included) want "more” of This is Us, the breakout family drama that Entertainment Weekly has called “an epic family love story that you can’t help but root for.” Last week, NBC announced that it is renewing the show—which depicts the present-day lives of siblings Kevin, Kate, and Randall intermingled with flashbacks of their childhood—for another two seasons.
Much has been written about the show's popularity, with one obvious reason being the near-constant plot twists. "Something we play with on the show,” creator Dan Fogelman said in an interview, “is that life will surprise you.”
But it’s also a show that just makes viewers feel good. As Fogelman told The Hollywood Reporter regarding his vision for the show, “I didn't get into this business to make something that makes people feel worse."
Russell Moore, president of the Ethics and Religious Liberty Commission of the Southern Baptist Convention, has argued persuasively that we love it because we see our own families in the characters. “The secret to This Is Us is less about ogling some other, strange, dysfunctional family as it is about seeing in it our own,” Dr. Moore wrote in The Washington Post. He described it as a “pro-family show,” where the “family is presented as a positive force for the good.”
And writing at Acculturated, Naomi Schaefer Riley noted: “In a world where social isolation is becoming more common, This is Us shows a thick, extended family with multiple generations dependent on each other.”
I agree that plot twists, uplifting messages, and strong family connections are part of what make This is Us so popular. But I think there’s another reason it’s one of the best shows on television today: it honors marriage and respects fathers in a culture that often fails to do so (Warning: spoiler alert if you haven't watched all the episodes).
It Honors Marriage
A few months before This is Us aired when the trailer was released, Fogelman told Entertainment Weekly about his inspiration for the show: “I have a lot of friends at that age who are all kind of going through pregnancies and raising families, that’s very much front and center in my life right now.” He also shared how the previous NBC hit, Friday Night Lights, influenced him, noting that “my favorite moments of that show were just with Kyle Chandler and Connie Britton navigating raising a family and a marriage.”
While This is Us isn’t only about a marriage, the beauty of marriage is very much on display in the love story of Jack and Rebecca (played by Mandy Moore). While their relationship could change for the worse as the show progresses, so far, at least, we see a happily married couple navigating the ups and downs of family life with a love that endures. Even after we learn that present-day Rebecca is remarried to Jack’s best friend and about Jack’s early death, we see that she still wears the necklace Jack gave her years earlier when their marriage was struggling.
Jack and Rebecca’s legacy of love is lived out through the family life of their African American son, Randall (played by Sterling K. Brown), whom they adopted at the hospital after losing one of their triplets during birth. In an interview, Susan Kelechi-Watson, who plays Randall’s wife, Beth, said:
It’s almost [showing] when a marriage works. I don’t know if there’s ever such a thing as perfect, but when you have two people who are like ‘This is where I want to be’ and they’re taking it day to day making it work, what does that look like? Marriage on TV these days can get a bum rap. I’m not married yet, but I’m looking forward to being [married] one day so it’s nice to put out there what I want in my own marriage.
In addition to portraying solid marriages, in "The Big Day," we learn about the unhappy marriage of the fireman who discovers baby Randall. Before he goes to the hospital, he brings the abandoned baby home to his wife and suggests that they adopt him, since they've been struggling with infertility. His wife refuses, telling him, “Joe, a baby is not just gonna fix us,” and ultimately convinces him to take the newborn to the hospital. But at the end of the episode, she agrees to give their marriage another chance.
Finally, last week, we were briefly introduced to the long, happy marriage of Dr. K, the doctor who delivers the triplets. We learn that the good doctor is still mourning his wife over a year after her death, even talking to her empty chair at the breakfast table each morning. “I was married to her for 53 years, and I buried her,” he tells his worried son who wants him to move on. “She was my life.”

The entertainment media has a key role to play in helping to tell a different story about love and marriage, which is exactly what This is Us does so well.

The positive way that This is Us depicts marriage is the opposite of what we typically see on television, where married life is often shown as miserable compared to single life (especially for men), and where marriage vows are easily broken. Of course, there are notable exceptions (for example, Parenthood, another NBC show that enjoyed a six-season run before being canceled last year), but unfortunately, these shows are not the norm. Still, the entertainment media has a key role to play in helping to tell a different story about love and marriage, which is exactly what This is Us does so well.
It Respects Fathers
On the January 17th episode, which flashes back to the day the triplets were born and Randall became part of their family, a very pregnant Rebecca talks to her unborn babies about their father, telling them: “Holy crap, you’re going to freak out when you see how awesome your dad is. You’re gonna be big fans!”
Chiefly in the character of Jack, but also in other characters, This is Us gives us something else that’s often missing from TV today: responsible fathers who earn our respect instead of our laughter. Jack is far from the typical bumbling fool that we frequently see, especially in TV sitcoms. Instead, Jack is a strong, responsible, smart, and patient father who treasures his family over everything else.
There are many touching moments between Jack and all of his children, especially with his daughter Kate (adult Kate is played by Chrissy Metz). But one of the show’s most powerful moments is the “father-son initiation” scene, where Jack does pushups with nine-year-old Randall on his back at the Karate studio with a room full of black fathers and sons watching. The teacher tells Jack, “as Randall’s father, you are his foundation,” then has him promise to “hold him up no matter what comes his way.”
What makes Jack’s fathering even more powerful is that he has overcome an unhealthy family life and an abusive father. Jack vows to be different from his father, and from what we’ve seen, he manages to keep his word.
This is Us also introduces viewers to a very different kind of father in William (played by Ron Cephas Jones), Randall’s long-lost biological dad. Instead of a deadbeat dad who left his son at a fire station without looking back, we learn that William is a flawed but honorable father who loved his son enough to give him up in order to provide him with a better life. He even relinquishes a second chance to keep in touch with him, after Rebecca seeks him out but then changes her mind, telling him Randall already has an “extraordinary father who gives him everything he needs.”
Of course, that’s not entirely true, as we learn that Randall has had a burning desire to find his biological father since childhood. As he tells William, he felt like he couldn’t express how much he wanted to find his biological father as a little boy because “I loved my father, my white father...” William then offers Randall an overdue apology, telling him, “I did everything wrong by you.” But he also gives him the blessing of approval that every son (and daughter) longs to hear when he assures him: “You are doing everything right, son.”
How shows like This is Us portray fathers is as important as how they portray marriage since we know from a growing and recent body of research that fathers have a unique and necessary role to play in child development. As the National Fatherhood Initiative has noted, “TV is still one of the major forms of mass media shaping our values and perceptions,” influencing not only how fathers view themselves but also how others view and engage fathers.
While far from perfect, This is Us is doing things right when it comes to the story it’s telling about marriage and fatherhood. In an entertainment culture that too often highlights the worst of human nature, including the worst of family life, it’s refreshing to see a TV drama that repeatedly makes an effort to honor the beauty of marriage and the power of responsible fathers. Let’s hope the show continues that winning strategy in future seasons, and that the rest of Hollywood takes note. 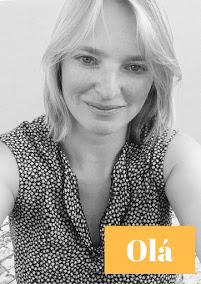